Spofity has today released a new update for its Spotify iPhone app which brings with it a number of new tweaks and features, including a newly designed user interface.

The new Spotify iPhone users interface includes a new sidebar, which can be fully revealed by swiping left-to-right or by pressing the button in the top right of the new Spotify user interface, as in the screenshots below. 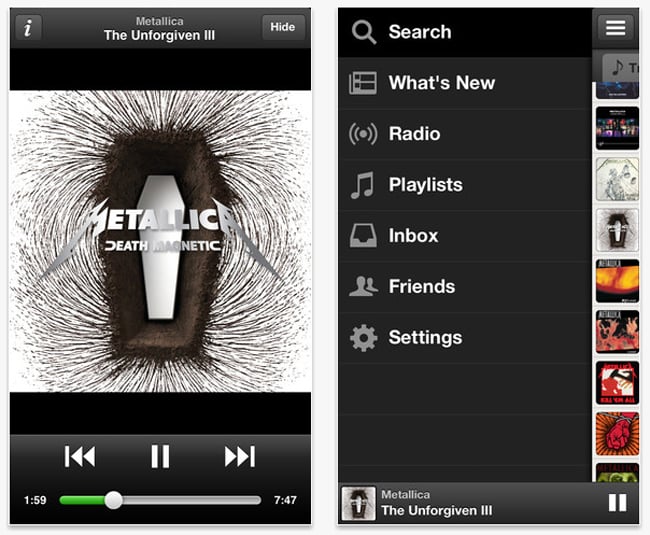 As well as being able to tap or drag to reveal more information about the current track playing, or simply tap the cover art in the extended view to use AirPlay, and disable/enable shuffle and repeat.

The latest Spotify iPhone app update is now available to download from the iTunes app store for free.