If you are looking for an alterative method to control characters on your Xbox 360 or prefer a more computer based mouse based controller. Splitfish has just released its FragFX Shark 360 controller designed specifically for Microsoft’s Xbox 360 console.

The FragFX Shark controls have been available for some time on the PC and PS3 console and have been designed to combine a mouse with a nun-chuck style controller, promising to provide PC players with the same control and superiority on the 360 as they are used to with PC gaming. 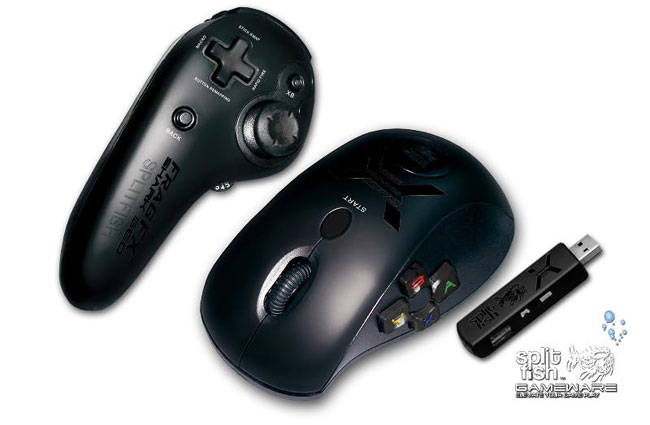 One thing to note however with the Xbox 360 version is that is doesn’t setup quite as easily as on the other systems. Requiring that a wired 360 controller is plugged in to help the FragFX Shark setup correctly.