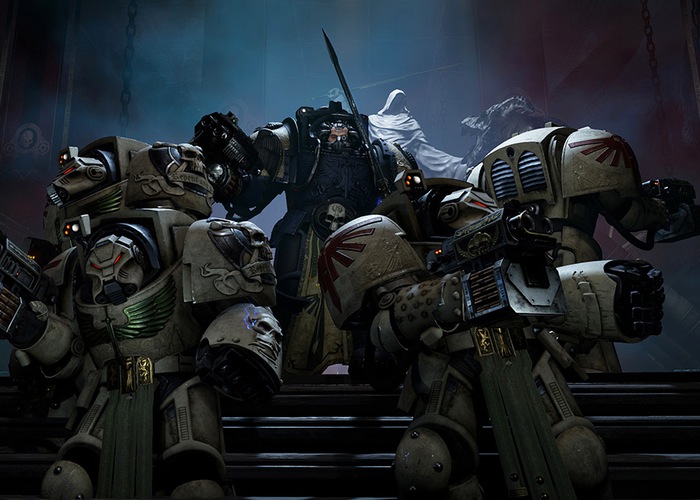 Warhammer 40,000 fans patiently waiting for the launch of the new Space Hulk Deathwing, first-person shooter (FPS) video game currently being developed by Streum On studio for the Games Workshop.

Are sure to enjoy this first in-game created one-minute teaser trailer which has been published to whet your appetite and was created in-game using the Unreal Engine 4. Check it our after the jump.

Unfortunately the finished Space Hulk Deathwing game will not sport the same enhanced visual effects that are included in the “in-game” recorded trailer below, but you can expect some awesome gameplay from what we have seen and heard.

The new Space Hulk: Deathwing game was first announced back towards the end of last year and is being created to transform the tactical board game experience into an Unreal Engine 4 based first-person shooter game.

“Players take on the role of a Space Marine from one of the most secret and most feared Space Marine Companies: the Deathwing from the Dark Angels. Strap on your Terminator armour and equip the emblematic weaponry of the Space Marines to overcome the threats awaiting you in the Space Hulk.

As a Librarian, you will also master the destructive powers of the Psykers. Your skills and performance in battle grant you Fervor Points, to spend on 4 skill trees allowing you to improve your abilities, unlock new powers, access powerful relics and devastating new weapons.”