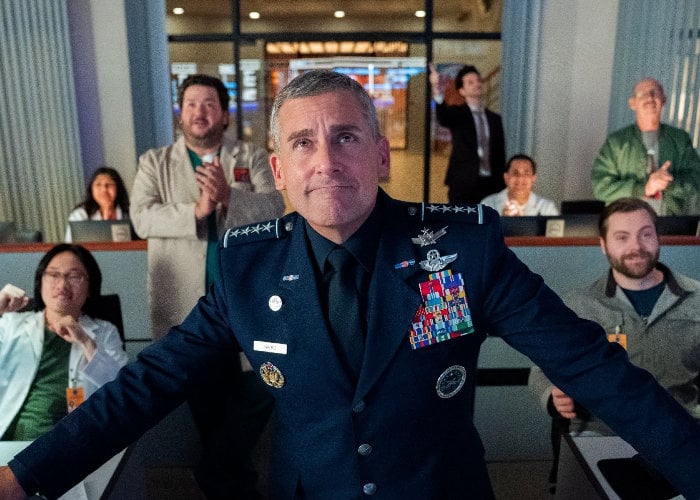 Netflix has released the first trailer for its upcoming space spoof TV series starring Steve Carrell. Space Force real premiere later this month on the Netflix streaming service and will be available to watch from May 29th 2020.

“A four-star general begrudgingly teams up with an eccentric scientist to get the U.S. military’s newest agency — Space Force — ready for lift-off. From the crew that brought you The Office, Space Force is coming soon to Netflix.”