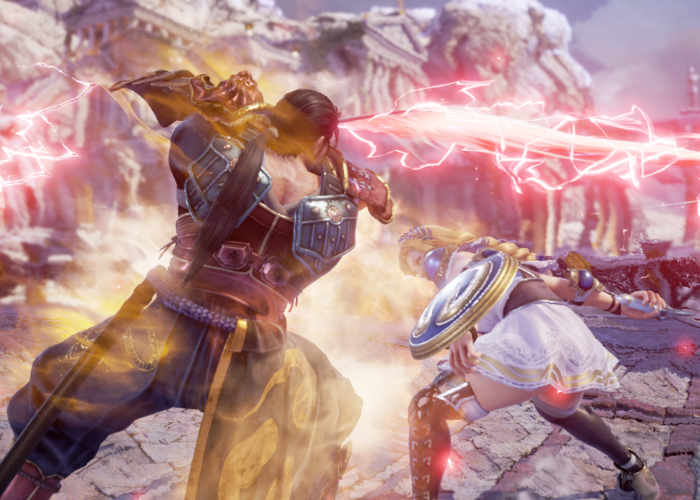 A new trailer has been released for the upcoming Soulcalibur VI game which will be launching on Xbox One, PC and PlayStation 4 providing gamers with the latest rendition of the game in the series. Check out the announcement trailer below to learn more about what you can expect from the new version. Soulcalibur VI in-game features include :

– For the first time in franchise history, beautiful and jaw-dropping 3D character models, visual effects and stages rendered in Unreal Engine.
– Choose from a worldly roster of warriors, each with their own deadly weapons, fighting styles and visual flare.
– Read opponents’ attacks to execute a strategic Reversal Edge to land a counter attack while in guard.
– Spectacular, high-speed battles featuring all-new battle mechanics taking gameplay to the next level.

SOULCALIBUR VI represents the latest entry in the premier weapons-based, head-to-head fighting series and continues the epic struggle of warriors searching for the legendary Soul Swords. Taking place in the 16th century, revisit the events of the original SOULCALIBUR to uncover hidden truths.