Sony has developed a new gadget in conjunction with the University of Tokyo that is designed to be placed around your cats neck, the device then sends information to your computer and updates Twitter to let everyone know what your cat is up to.

The prototype cat tweeting device  has a built in camera, an accelerometer, GPS and it will be able to tell when the cat is moving around, eating and sleeping. 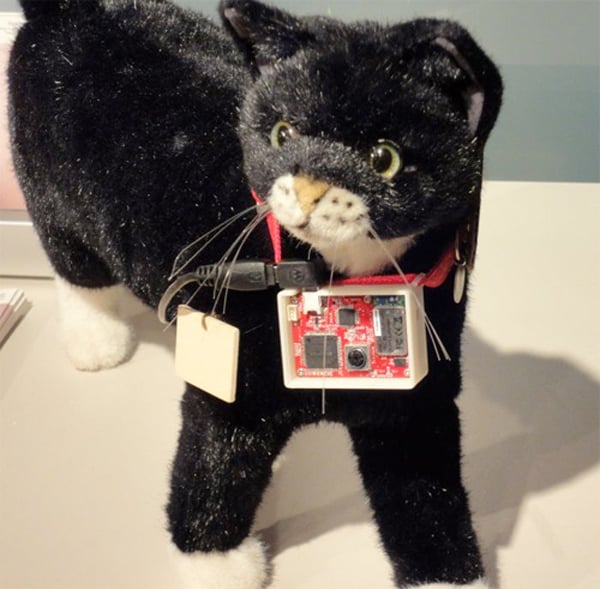 The data is then relayed to a computer, and then Twitter is updated with various information to let your cats followers know what it is doing, for example, it is possible to automatically post a comment like “This tastes good” when a cat is eating something.

We have no idea why you would want your cat to update what it is doing on Twitter, but I am sure there are some people out there who would probably follow your cat on Twitter.

Tech On via Gizmodo