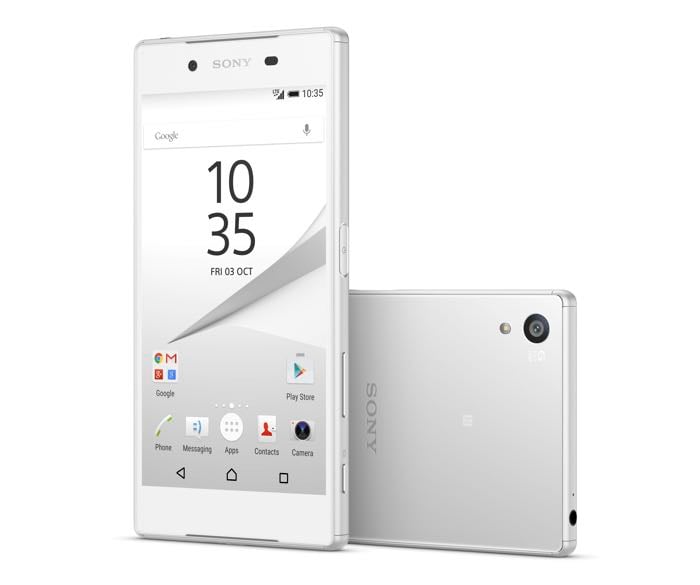 As well as announcing the new Sony Xperia Z5 Premium, Sony also announced two other handsets in the Z5 range, the Xperia Z5 and the Xperia Z5 Compact.

All three handsets share very similar specifications, each comes with a different size display and first up is the Sony Xperia Z5.

The Xperia Z5 comes with a 5.2 inch display with a Full HD resolution of 1920 x 1080 pixels, the handset is powered by an octa core Qualcomm Snapdragon 810 processor and it also features 3GB of RAM.

Other specifications on the Xperia Z5 an Adreno 410 GPU, 32GB of storage and a microSD card slot which supports 200GB Cards. The handset is also equipped with a 5 megapixel front facing camera and a 23 megapixel Sony Exmor RS camera on the back.

Next up is the Xperia Z5 Compact which features a smaller 4.6 inch display with a HD resolution of 1280 x 720 pixels, this device comes with 2GB of RAM and is also powered by a Snapdragon 810 processor.

The Xperia Z5 Compact comes with up to 32GB of storage and a microSD card slot which takes up to 200GB cards, the handset also has a 5 megapixel front camera and a 23 megapixel rear camera.

Both handsets will come with Android 5.1 Lollipop, as yet Sony have not announced any details on pricing, as soon as we get some more information, we will let you guys know.