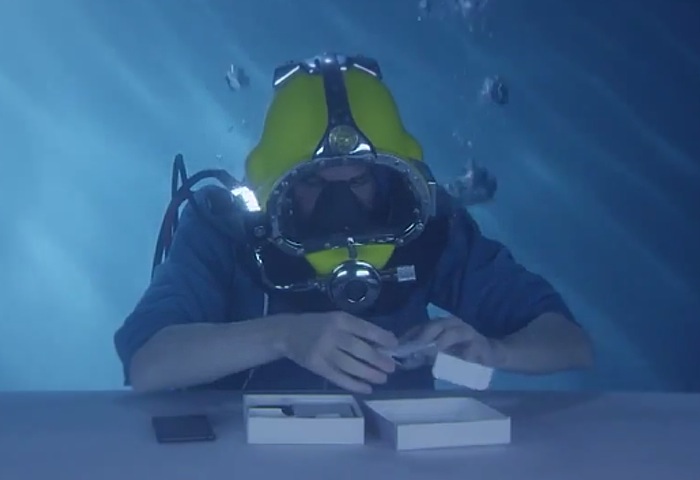 Earlier today its was announced that the Sony Xperia Z3 and Z3 Compact are available from Vodafone online and in their retail stores throughout the UK.

But if you want to see what you can expect to get in the box you might be interested in this humorous take on the unboxing video with a slightly different Sony Xperia Z3 underwater unboxing.

To re-cap the Sony Xperia Z3 is powered by a quad core 2.5GHz Snapdraon 801 processor and features 3GB of RAM offering users a choice of 16GB or 32GB of storage together with a microSD card slot for further expansion when required.

The Sony Xperia Z3 has a 2.2 megapixel front facing camera, with an impressive 20.7 megapixel Sony Exmor RS camera on the rear, together with 4G LTE, WIFI, Bluetooth and the latest version of Google’s mobile operating system Android 4.4.4 KitKat.