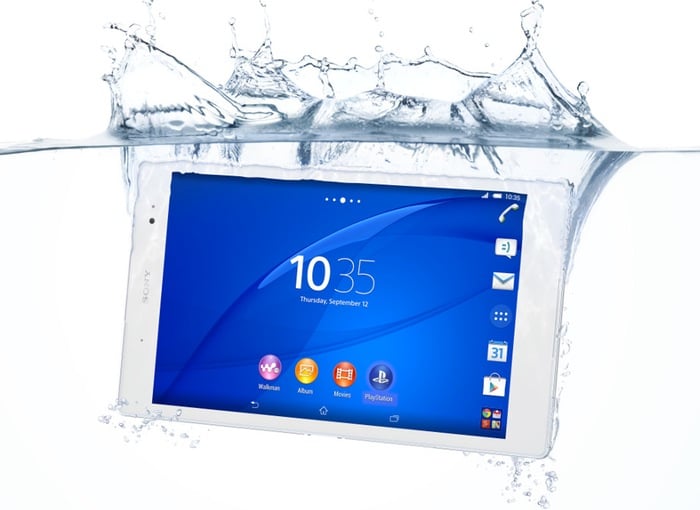 Yesterday Sony unveiled a new addition to their range of Android tablets in the form of the new Sony Xperia Z3 Compact tablet during their IFA 2014 press conference, as well as a range of other new devices.

Now Android Authority has been able to get a quick hands-on time with the new Xperia Z3 Compact tablet to provide a first look at what you can expect from the 8-inch tablet when it launches later this year. Watch the video after the jump to learn more about the Xperia Z3 Compact.

To re-cap the Sony Xperia Z3 Compact is equipped with an 8-inch IPS LCD display offering a resolution of 1920 x 1200 pixels. The tablet is powered by a 2.5 GHz quad-core Qualcomm Snapdragon 801 processor supported by Adreno 330 GPU and 3GB of RAM.

Other features of the Xperia Z3 Compact tablet include 16GB of internal storage which can be increased to a massive 128GB if required and there are options for 4G LTE support. The Z3 Compact will be supplied running Android KitKat 4.4 operating system and Sony has enabled the ability to use the PlayStation Remote Play service on the tablet.

Sony has also equipped the tablet with 2.2 megapixel front facing camera for video calling, together with a 8.1 megapixel rear facing for video and photographs, and a 4,500 mAh battery. Unfortunately no information on pricing or worldwide availability has been released as yet by Sony, but as soon as information comes to light we will keep you updated as always.