The Sony Tablet S comes with a 9.4 inch touchscreen display that features a resolution of 1280 x 800 pixels, it comes with Android 3.1 Honeycomb and processing is provided by a dual core NVIDIA Tegra 2 processor. 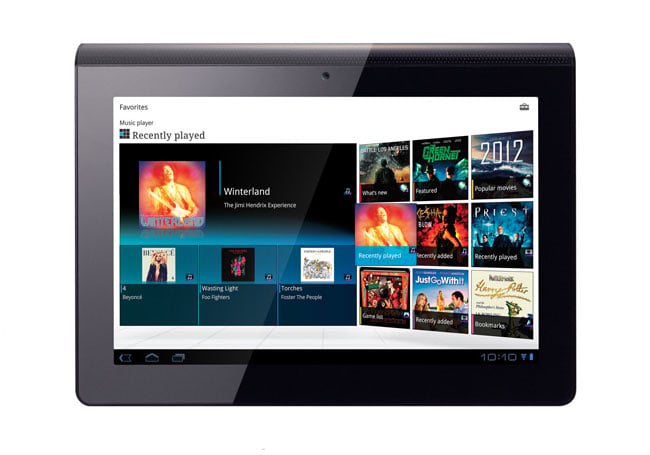 Other specifications on the Sony Tablet S include a front facing 0.3 megapixel camera and a rear facing 5 megapixel camera which can record HD video in 720p, it also comes with an SD card slot, 1GB of RAM and either 16GB or 32GB of storage, plus WiFi.

There are no details as yet on when the Sony Tablet S will start shipping, and we are still waiting to find out some pricing information on Sony’s other new tablet, which looks to be the more interesting of the two, the Sony Tablet P.