Sony announced back in September that it would be adding a movie on demand service, call Qriocity which would let users of Sony products like their Bravia TVs and Blu-ray players rent movies.

The Qriocity service has now gone live in the UK, and there are a number of movies available from a range of studios which include, Disney, Universal, Warner, Sony Pictures, MGM and a few others. 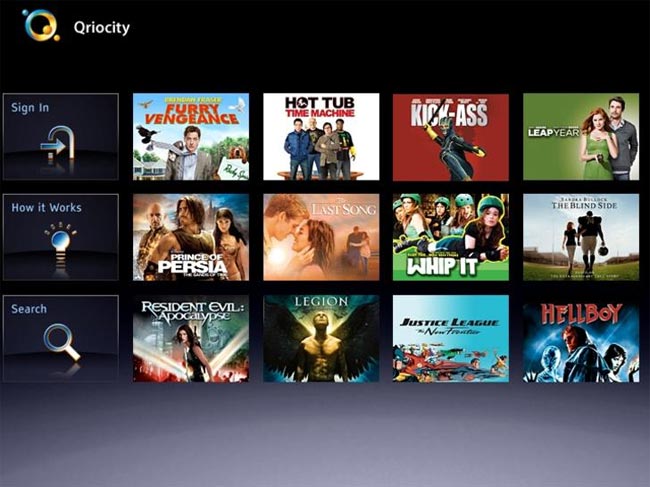 It will be interesting to see if Sony are capable of turning their Qriocity movie rental service into a popular one, as other companies like Samsung and LG have plans to launch similar services.