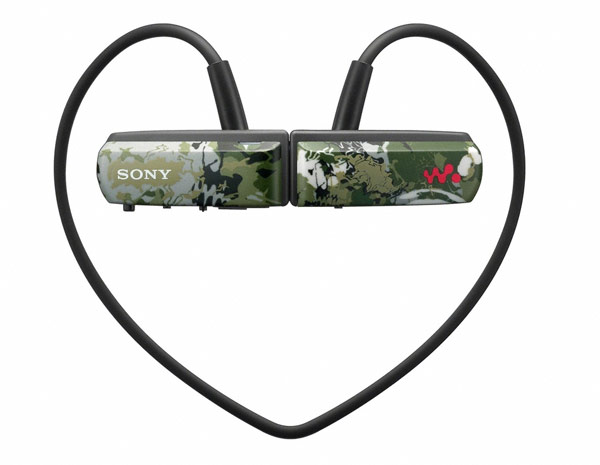 Set in the 1970s, the storyline of METAL GEAR SOLID: PEACE WALKER  provides an extra treat for fans of the legendary personal music player.  During game play you can collect iconic WALKMAN® models from the past, including the first-ever cassette-based WALKMAN® that made its debut in 1979.

Designed for today’s active lifestyles, the WALKMAN® W252 is the first wire-free MP3 player from Sony that resists rain splashes or the sweat of a gruelling gym session. After exercising, just rinse under the tap – or even keep listening during a post-workout shower.

The Sony Metal Gear Solid Peace Walker W252 Walkman will go on sale in June 2010, there are no details on pricing as yet.