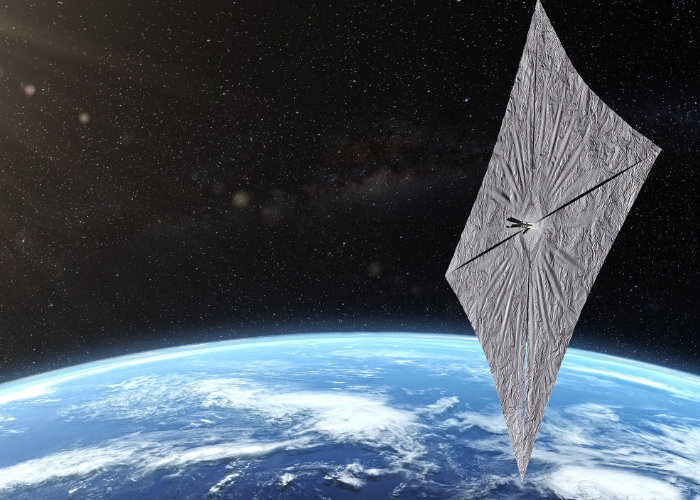 If you are interested in learning more about the technology behind solar sails you may be interested in this quick 10 minute video created by the Planetary Society, explaining more about its LightSail 2 technology. Recently the LightSail 2 hitched a ride into orbit on board SpaceX’s Falcon Heavy rocket and has been in development thanks to a successful crowdfunding campaign which has helped propel the development of the solar sails up a gear.

“The LightSail 2 consists of a small cubesat about the size of a loaf of bread that will catch a ride inside the PROX-1, a small satellite designed by students at the Georgia Institute of Technology. The PROX-1 spacecraft will be deployed during the Falcon Heavy’s third and final destination in orbit, which will occur about an hour after launch. After about a week, the satellites deposited in the third orbit will have drifted apart from one another and the PROX-1 spacecraft will deploy the LightSail 2 cubesat using a small spring. After some testing to make sure everything is working correctly, the cubesat will begin to unfurl its mylar sail, which is about the size of a boxing ring and thinner than a human hair.”

“The solar sail is propelled only by sunlight, and its technology holds promise for early detection of major events in space, as well as travel across vast distances. To find out more, WIRED’s Daniel Oberhaus spoke with Planetary Society CEO, Bill Nye. “