Some areas in developing countries have little or no access to electricity. In these areas, once the sun goes down, the world is lit by little glimmering kerosene lamps. But it is a known fact that kerosene lamps has many cons like kerosene fires, health risks, air pollution and the high cost of kerosene. 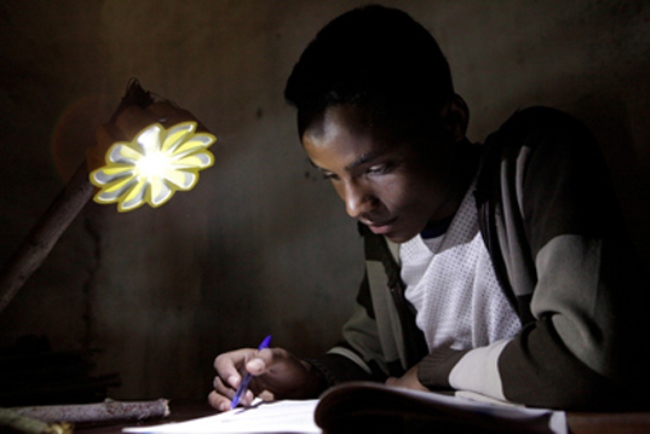 A new lamp was invented to replace the kerosene lamp harnessing something free: sun power. Little Sun, as it is aptly called, is the latest work of Olafur Eliasson, A Danish-Icelandic artist better known for his experiments in spatial and light perception, and Frederik Ottesen, a solar entrepreneur.

Little Sun is a flower shaped LED lamp that can be worn anywhere: attached on the body, a lamp base, mounted on a bicycle, or hung to a wall or ceiling. If charged outdoors for four hours, it provides five hours of light come sundown. Little Sun delivers ten times more light than the kerosene lamp at a tenth of the cost.

It will also last longer since the rechargeable battery has a life expectancy of three years. This invention is in line with the World Bank’s aim to improve energy access and studying conditions for children without the harmful effects of kerosene lamps.

Little Sun is expected to be released in summer. With that, Eliasson is coming up with expansion plans such as a solar-powered cellphone charger and radio.