Developer Rebellion and publisher 505 Games are currently working on the new Sniper Elite V2 game, which is a reboot of the 2005 Sniper Elite for PC, PS2, Wii, and Xbox.

A major difference from the first game is the introduction of a controversial ‘X-Ray Kill Cam’, which activates when you achieve a particularly extreme shot. Watch the video after the jump to see it in action. 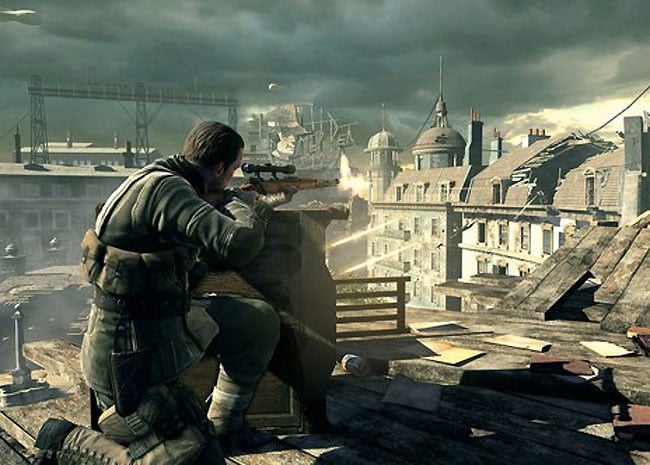 Once officially launched the new Sniper Elite V2 game will feature a selection of cooperative-focused multiplayer options, including the entire game being available for two-player co-op, a wave-based mode dubbed Kill Tally, a sabotage mode called Bombing Run, and Overwatch.

Sniper Elite V2 is due to arrive in May 2012, but no specific date has been released as yet.