Bandai makers of the famous Tamagotchi pet, have this week taken the wraps off their new project called Smartpet, which is a robotic dog that uses your iPhone as it processing unit.

Smartpet is controlled via a free iOS application that is installed on to your iPhone, and will react to touch gestures and provides over 100 facial expressions. Watch the video after the jump to see it in action. 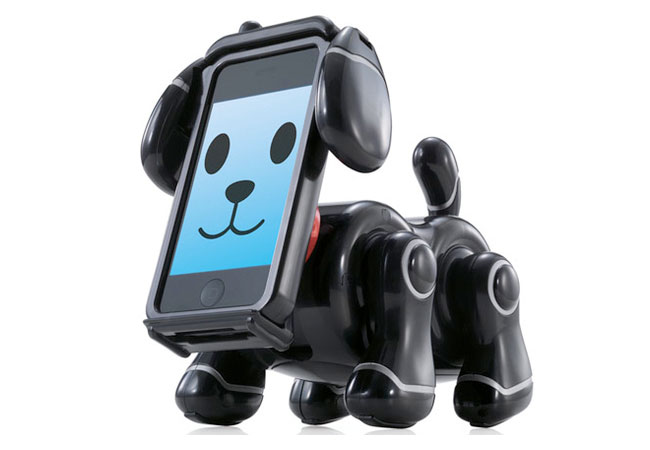 Other features of the new Smartpet include the ability for it to carry out tricks, which you command using voice control, together with movements in front of the iPhone’s Facetime camera.

Smartpet will be launching in Japan on April 24th for around $78 or ¥6,500 and will be available in both white and black. But the iOS application will be arriving earlier on March 31st and can still be played without the accompanying dog.