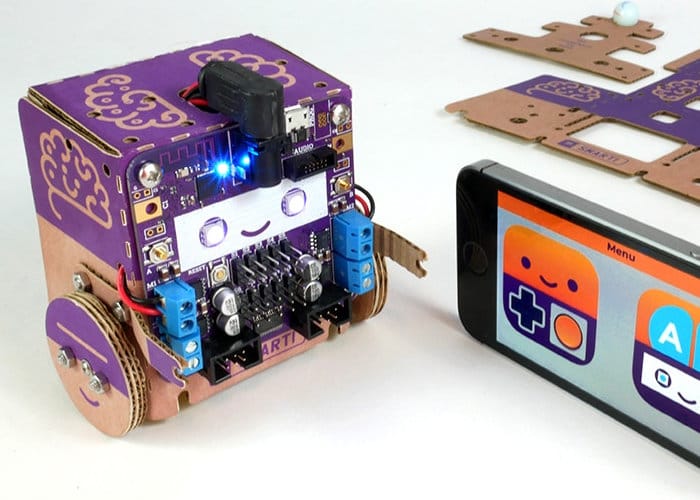 A new DIY cardboard robot has been created by Ross Atkin equipped with artificial intelligence and aptly named the Smartibot. The components of the DIY robot can be used again and again to build and rebuild any number of robots from almost any materials. Watch the demonstration video to learn more about the cute cardboard robot which has this sweet launched via Kickstarter to raise the required £10,000 needed to make the jump into production.

Smartibot has been designed to be controlled using a companion smartphone application and uses your mobile device as a remote control, or use older devices as the robot brain. “The Smartibot app contains a powerful A.I. called YOLO which can recognise objects Smartibot sees such as people, cars, dogs and bicycles. Without any programming you can tell your robot to follow you around with a cup of tea, chase your dog or your cat out of your bedroom or even follow your toy car.”

Early bird pledges are now available from £30 via the Kickstarter crowdfunding campaign page with worldwide delivery expected to take place during December 2018. “You just re-use the circuit board, motors and battery box and attach them to your magnificent creation. The only limit is your imagination.”