Ah, Nintendo’s GameCube. It certainly brings back memories of a product that’s best not remembered. In fact, does anyone even harbor fond memories of the GameCube? It was an epic fail, right? 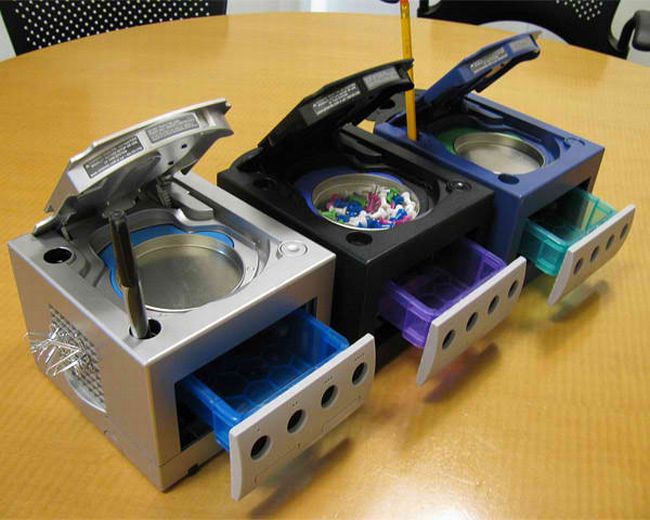 Not so, according to GreenCub, who are selling re-tooled GameCubes via Etsy. As the pictorial evidence indicates, the once useless and long forgotten consoles have been gutted and made into desk appliances. What’s super neat about these new desktop marvels is the broad range of office stuff they can hold; much better than stuffing everything in a coffee mug.

History is indeed unkind to game consoles that fail to meet their fans’ ridiculously high expectations. At least the person/people behind greenCub are redeeming past faults and putting what would otherwise be consigned to the e-waste dump to productive use. Don’t you just with they configured the GameCube desktop organizer so that it charges your iPhone too?

The makers of this re-tooled wonder actually specialize in resurrecting old consoles and making them useful again. The end products are then sold real cheap, like $50 a pop.