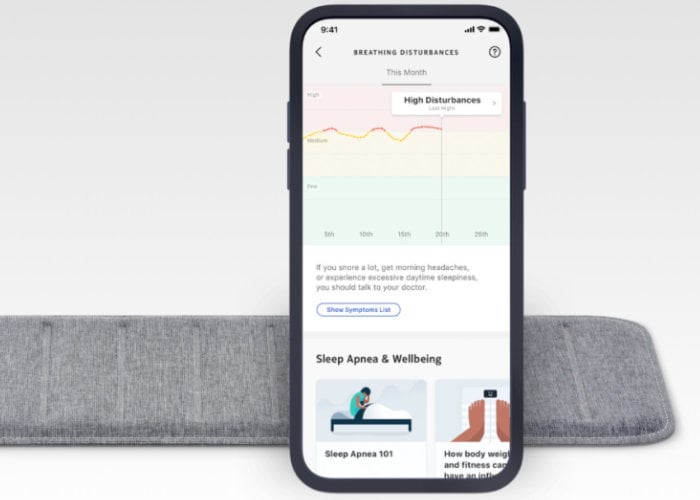 Withings has announced the addition of a new feature to its sleep tracking mat and companion application, in the form of sleep apnea detection. Allowing the application and sleep tracking system to alert you when disturbances in your sleep patterns have been detected.

“During sleep, it is possible to experience interruptions in breathing, and you may not remember it in the morning. Paused breathing during sleep is not uncommon, and it’s often totally normal to have them a few times during the night, and a few pauses won’t have any noticeable impact on one’s sleep, health, and daily life. But when breathing problems occur too many times during sleep, they can be an indication of a chronic condition known as sleep apnea. Sleep apnea can indeed have a negative impact on your overall health.”

There are currently three types of sleep apnea :

For more details on the new feature added by Withings to their sleep tracking application and equipment jump over to the official website.