Since pillows and mattresses are just boring, it falls upon designers to reinvent the medium, so to speak. Seen bellow is a full moon being slept on by a model. It’s not a camera trick or some artist’s fevered vision. It’s a collaborative project between Lili Suh and Chin Wei Loon. The latter is an astrophotographer and multiple frames of the moon surface that he photogrpahed in Kuala Lumpur, Malaysia were used to piece together the giant pillow. 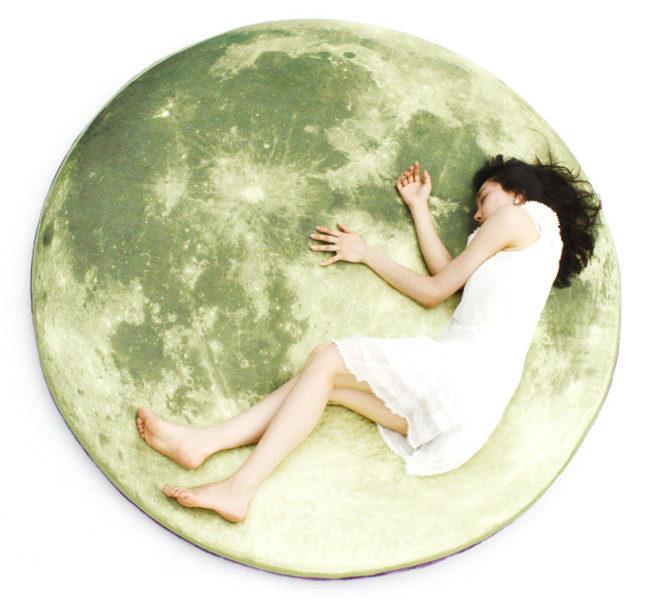 While there’s no adequate way for us to judge how comfy it is, if a woman’s sleeping on it then it should be comfy enough. Also, it just occurred to us that since the pillow is so broad, if you curl up inside it it’ll look like a burrito. Or a man (in this case woman) on the moon.

Burritos aside, there’s a smaller glow in the dark version of the moon pillow also available.