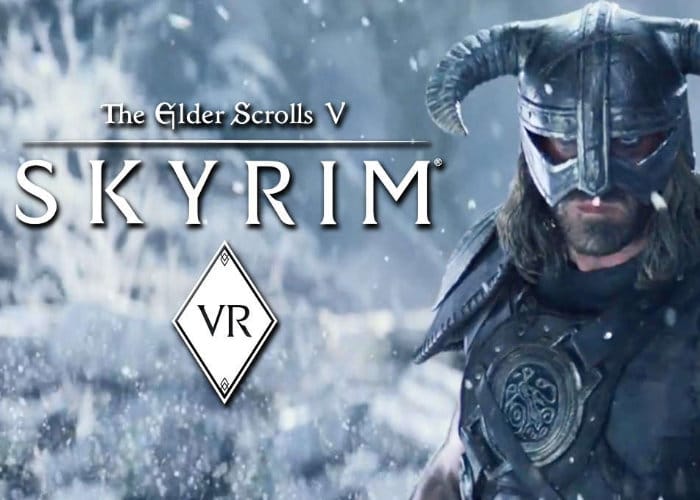 A new mod has been created for Skyrim VR by nexus memeber FlyingParticle allowing you to interact with objects within the world using gravity gloves, in a similar way to how object interaction works within the Valve created Half-Life Alyx game. Check out the video demonstration below to learn more about the HIGGS – Hand Interaction and Gravity Gloves for Skyrim VR mod which is now available to download.

“To pick up an object, move your hand close enough to the object with your palm facing towards it, until you see the item description text appear on the back of your hand (and your hand will open up if using the latest VRIK build). Then use the trigger/grip to pick it up in your hand, and let go to drop or throw it. With an object in your hand, raise your hand to your shoulder until a constant haptic vibration plays. Let go and it’ll be picked up.”

“When pointing at a body, individual armor pieces will become highlighted. If you do the gravity gloves movement when an armor piece is selected, the armor piece will unequip and fling towards you, essentially looting the item. Some objects, such as books, bodies, carts with attached wheels, etc. that have physics constraints, require a different style of grabbing, and so do not get perfectly fitted into the hand and collide with static objects such as walls and tables.”

Hand Interaction and Gravity Gloves for Skyrim (HIGGS) VR adds some much-needed VR mechanics to Skyrim VR. This mod:- Adds collision to the player’s hands- Lets you pick up and throw objects with both hands (actually hold them in your hands, as opposed to the springy distant grab that exists in the vanilla game), and put them into your inventory by placing them over your shoulder- Lets you pull objects towards you with gravity gloves-style mechanics.- Lets you pick up and move bodies, which is a feature missing from the base game- Lets you loot armor off of bodies by pulling it off