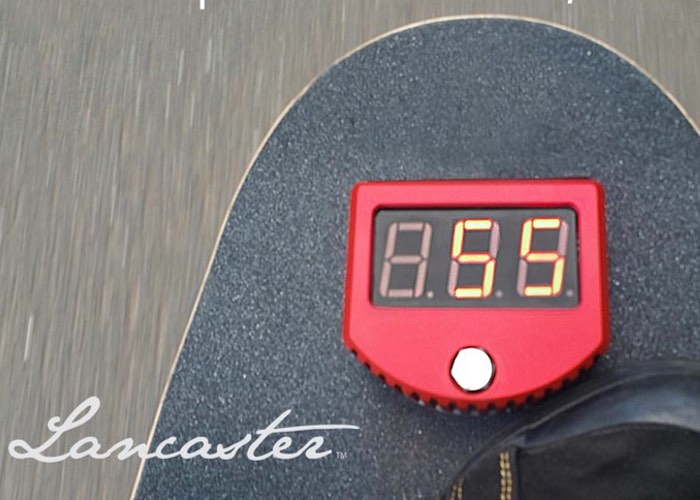 Those of your that enjoy skateboarding might be interested in new skateboard speedometer and GPS system that has been created by Benjamin Newman based in Melbourne Australia.

The skateboard speedometer is encased in a tough anodised aluminium outer shell and has been specifically designed to take the impact of downhill riding, high impact collisions to survive regular spills.

Watch the video below to learn more about the skateboard speedometer and its GPS functionality, its creator Newman explains a little more about its design and inspiration.

The cover will be contoured to lock in your forward foot to prevent slipping. It is also reversible for you goofy riders! The outer “boot” will be interchangeable so various designs and material can be used in the future. The final unit will be smaller than the current prototype. The final size will be 70 x 60mm (around the size of GoPro Hero3 case)

The skateboard speedometer project is currently over on the Kickstarter crowd funding website looking to raise $48,000 AUD in pledges to make the jump from concept to production.

So if you think skateboard speedometer is something you could benefit from, visit the Kickstarter website now to make a pledge from $99 AUD or roughly $72 US via the link below.