With the adoption rate of 3D printing devices expected to skyrocket over the coming years the main problem for people wanting to engage in the new technology is that to print anything in 3D you must be able to first create it in a 3D software package.

Sixense are currently developing a new 3D object creation process which has been designed to be much simpler and easier for people to use called the Sixense MakeVR system. 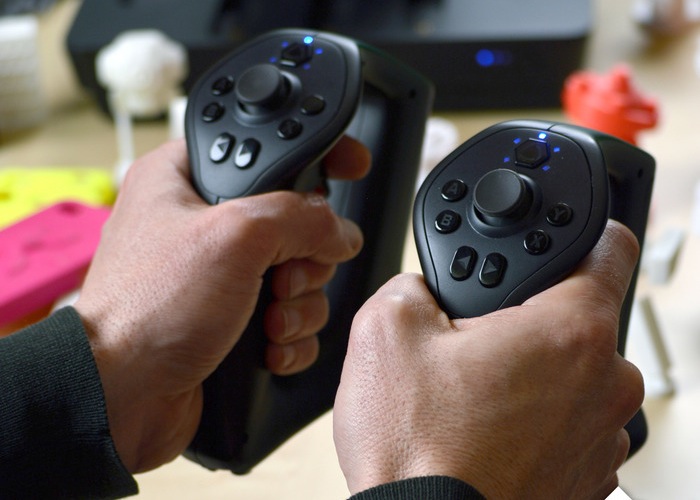 The Sixense MakeVR system consists of both software and hardware and has been developed to make it relatively easy for people to create 3D objects as if building them in the real world with building blocks. Check out the video below to learn more about this new system that could possibly revolutionise the way that people create 3D objects.

“MakeVR’s unprecedented ease-of-use is enabled by a 3D input technology that can track the exact position and orientation of each hand at all times. The full version of MakeVR includes two of our STEM System controllers for this purpose. These low-latency wireless motion trackers detect your every move to give you total control of your models and the environment using natural motions in 3D space.

MakeVR is a 3D modeling system built around two key components: an innovative 3D multi-touch interface that replaces the traditional mouse and keyboard inputs for all functions and a professional-grade CAD engine. On top of this foundation we’ve added real-time collaboration for up to five remote users. And of course, everything created in MakeVR can be saved in any standard 3D printing format, then, with a click of a button, sent to either a local 3D printer or to a 3D printing service like Shapeways.

MakeVR supports the use of 3D monitors and full immersion with virtual reality head mounted displays (HMDs). In fact, MakeVR was originally conceived with VR in mind, even before HMDs were widely available. MakeVR includes the STEM System (with two controllers) as the input device, but we also have a software-only version for those users who already own a Razer Hydra or who have ordered the STEM System.”