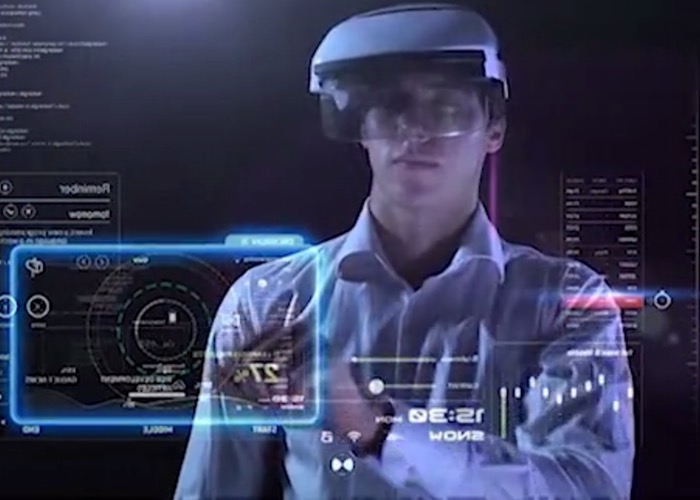 SEER has been designed to provide users with a massive 100 degree field of augmented reality view and offers the ability to use interfaces that were once only thought possible in movies such as Iron Man and Minority Report.

SEER is currently over on the Kickstarter crowdfunding website looking to raise $100,000 to help develop the project even further and take the helmet into manufacture. Caputer Labs its creators explain a little more about the features that make the SEER augmented reality system unique.

“When the field of view (FOV) is large enough, people would barely notice the edge of it and the display becomes frameless. Imagine there being some indistinguishable images placed seamlessly into the real world. It feels like you were immersed into a world that combines real and virtual worlds. This is what we call “Immersive Augmented Reality Experience”.

SEER has the world’s largest FOV. However, SEER isn’t simply about a large number or being the world’s greatest FOV. It actually redefines augmented reality, bringing everyone an entirely new experience, like you’ve never had before.

We have been working to create some more exciting Apps for you to try for our unique experience. Currently, We are developing several Apps which include an Iron Man double layer demo App, an AR first person shooting(FPS) game App, a ghost hunting App, a “fruit ninja” App, a dancing 3D model(as you can see in the video above) and some others. Development on these Apps will continue throughout and after Kickstarter and we will come up with some more exciting Apps by the time we ship SEER.”

Watch the video below to learn more about this very unique augmented reality headset, that could be set to change the way we use AR in our everyday lives.