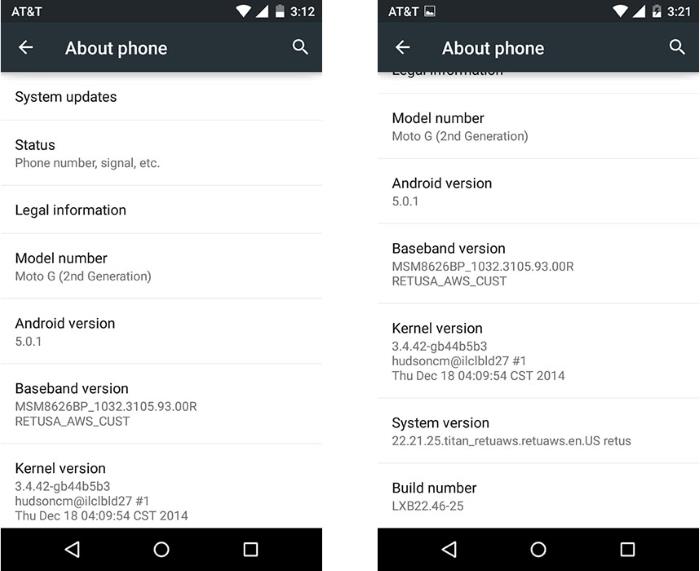 Motorola has been quick when it comes to the latest Android 5.0 Lollipop update for its handsets. Back in November, the company announced it was rolling out the latest operating system for the second generation Moto G, but only a few lucky ones received it apparently.

Now, it seems the company is reportedly rolling out the Android 5.0.1 Lollipop update for the second generation Moto G, as well as one lucky original Moto G owner.

Let’s hope the company is rolling out Android 5.0.1 for both Moto G handsets. If you’re a proud owner of a Moto G (2nd generation), you may want to check if an update is pending to be installed. Alternatively, you can manually check for the update by going to Settings >About phone >System updates > Check for updates. Let us know using the comments below if you’ve received the update.