Or at least launch itself 12 feet into the air from the briny depths. This is just one of several new features on the newest addition to Innespace’s Seabreacher family of mini submarines designed after sea creatures. 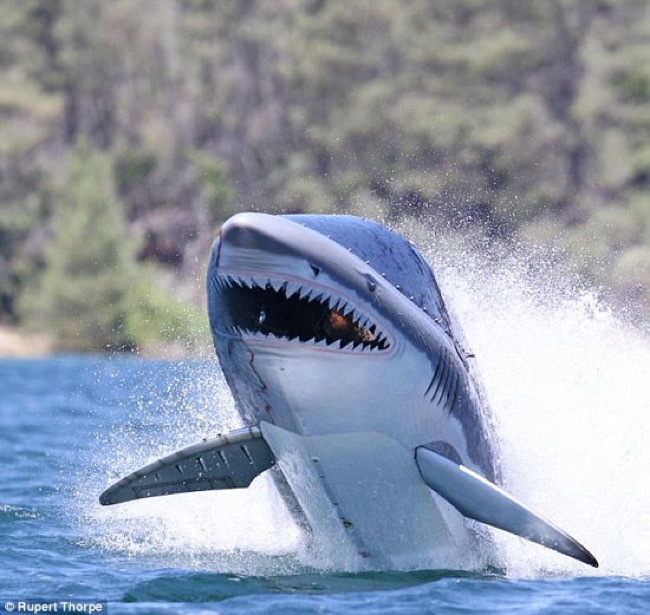 Dubbed Seabreacher X, this shark-inspired sub can travel 20mph beneath the surface and frighten unsuspecting swimmers when it cuts above the water at 50mph thanks to a 260 horsepower engine.

The one-man cockpit can accommodate the pilot and his gadgets that include a camera, a stereo system and even a video game system. The last bit is rather strange because why bother distracting yourself with video games when you can navigate and explore the wonders of the ocean?

Of course the icing on the cake is, true to a ravenous shark’s abilities, Seabreacher X can launch itself a dozen feet skyward. In our opinion this is the closest you can possible get to an aquatic jet fighter. But wait, there’s more good news: A hammerhead version is rumored to be in the works!

Anyway, those remotely interested in purchasing Seabreacher X should have $100,000 to spare.

Via Gizmodo and Dvice