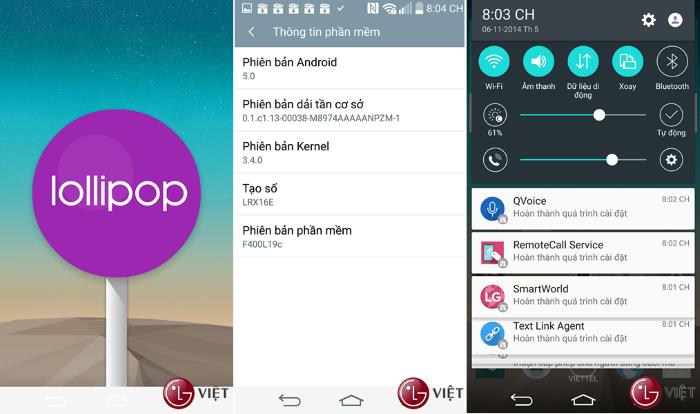 Google announced the latest Android 5.0 Lollipop update a few days back, which launched with the new Nexus 6 and Nexus 9 tablet. Many Android manufacturers have already confirmed they are going to release the update flagship devices.

The site posted a handful of screenshots showing different features of the Android 5.0 Lollipop, including the About page which clearly shows Android 5.0 running on the handset.

LG confirmed they are going to start the roll out for the LG G3 from the fourth quarter, but keep in mind that it doesn’t mean that everyone will get the update at the same time. It can vary from region to region, and can take a few months to completely roll out. The users in possession of carrier-branded version of the handset may have to wait a little longer since they tend to add a little bit of their own customizations to the OS before they release it for their users

Anyway, stay tuned, we’ll update you as soon as the update starts rolling out for the LG G3.