The picture below shows Android Honeycomb with the latest version of HTC Sense UI for the HTC Flyer, and it looks similar to the UI for that of the new HTC Jestream tablet. 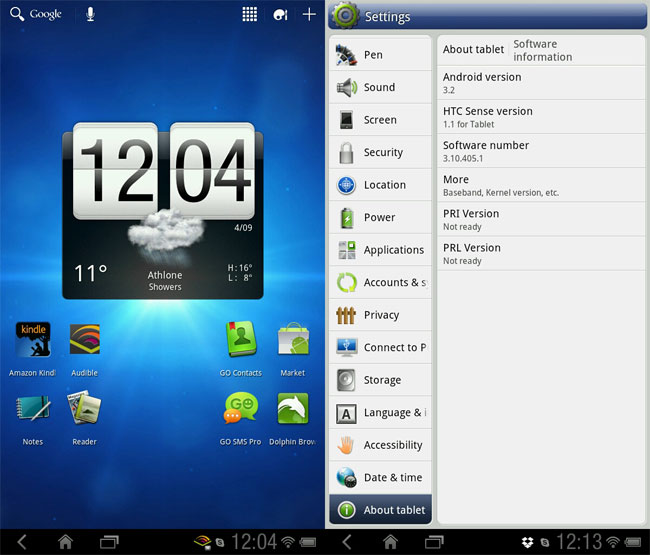 You can find out more information about the Android Honeycomb ROM for the HTC Flyer over at the XDA Developers Forum.