Before the action starts, the official status of this fancy new gadget is “Out of Stock”. Don’t worry, since Scosche is hard at work on new models for their best-selling portable radiation detector. It’s originally called the RDTX-Pro, but a new HRDTX is coming next year. The whole scoop after the jump! 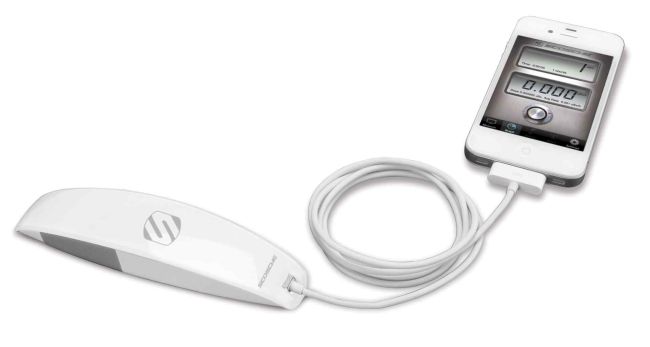 The RDTX series attaches to an iPhone or iPod Touch’s dock connector and measures radiation levels with considerable accuracy. Of course, since we’re still not living in the post-apocalypse, the only places on Earth where the new Scosche devices are somewhat useful include Japan and former nuclear testing grounds. Think more on Japan, which is Scosche’s preferred market for this particular line.

For a power source, the iPhone’s own will have to provide the juice. There’s also an app called radTEST to give the readings and includes social media connectivity via Facebook or Twitter.

The RDTX is due in Japan come November while the classier HRDTX arrives 2012.