SanDisk has announced their first SDXC card which is based on the new faster SDXC memory card format. This new card features 64GB of storage which is enough to record up to eight hours of HD video.

The new SanDisk Ultra 64GB SDXC Card is capable of transferring data at a speed of up to 15MB per second, and SanDisk intend to introduce larger capacity cards up to 2TB. 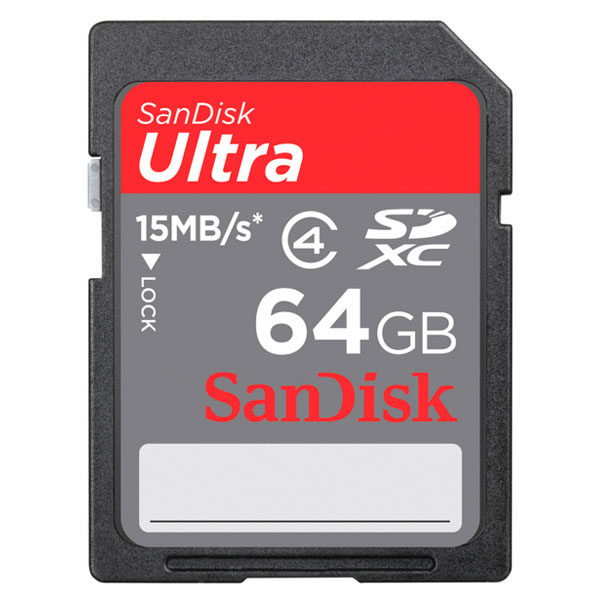 There aren’t that many cameras on the market yet that use the new SDXC card format, and unfortunately it isn’t backwards compatible with the SDHC format.

The SanDisk Ultra 64GB SDXC Card is available now for about $350 from SanDisk.