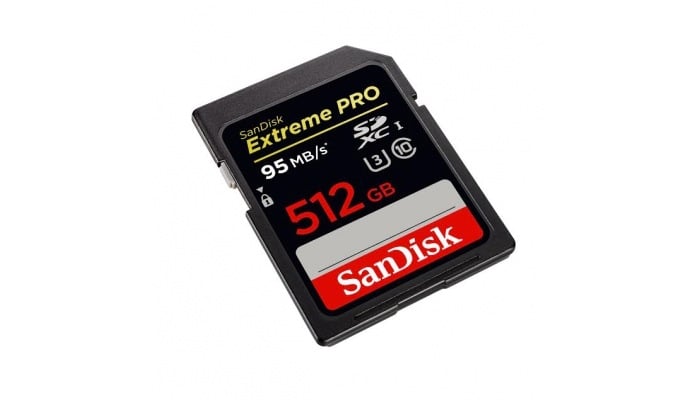 Photographers and video professionals that enjoy recording footage might be interested to learn that SanDisk has released a new supported by 512GB SD card they have created which was unveiled at this year’s IBC 2014 convention in Amsterdam in the form of the new 512GB SanDisk Extreme PRO SDXC UHS-I memory card.

The new 512GB SD card offers shot speeds up to 90MB/s; transfer speeds up to 95 MB/s and has been specifically engineered to capture 4K Ultra High Definition offering a huge capacity of uninterrupted video capture at super-fast UHS Speed Class 3.

“Never miss the moment with the world’s fastest SDXC UHS-I memory card. With write speeds up to 90 MB/s (600X) and read speeds up to 95 MB/s (633X), this card exploits your DSLR’s potential for continuous burst-mode shooting. Engineered with Ultra High Speed (UHS-I) bus architecture, it is designed to exceed rigorous performance standards. You’ll catch all those high-resolution action shots the moment they happen.”

For more information on the new SanDisk Extreme PRO SDHC / SDXC UHS-I memory card which is also available in 256GB and 128GB sizes jump over to the SanDisk website for details.