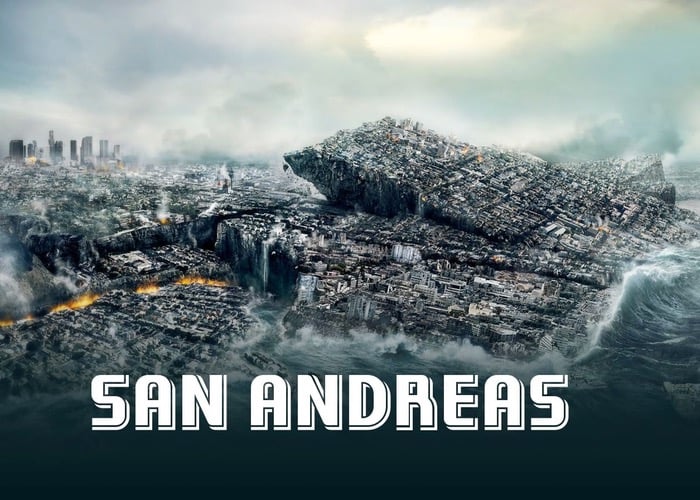 Moviegoers that enjoy a disaster movie may enjoy this short teaser trailer for the upcoming San Andreas 2015 movie that stars Dwayne Johnson (The Rock) and that will be shaking into to theatres May 29th, 2015.

The San Andreas movie also stars Carla Gugino, Alexandra Daddario, Ioan Gruffudd, Archie Panjabi and Hugo Johnstone-Burt to name few. During which Johnson has to battle against a magnitude 9 earthquake in California.

“After the infamous San Andreas Fault finally gives, triggering a magnitude 9 earthquake in California, a search and rescue helicopter pilot (Dwayne Johnson) and his estranged wife make their way together from Los Angeles to San Francisco to save their only daughter.

But their treacherous journey north is only the beginning. And when they think the worst may be over…it’s just getting started.”