Remember back when Prince changed his name to that weird symbol and everyone just started calling him the artist formerly known as Prince? I really wanted to kick him in the boys for that. It seems that Samsung has taken a play from the Prince handbook and has a new basic messaging phone called the :).

The handset is a basic messaging phone with a slide out QWERTY keyboard in portrait mode. The little handset is made for messaging and the horribly named device will be for T-Mobile. 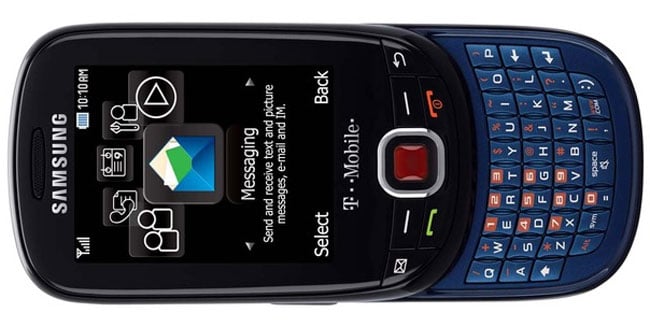 Features for the handset include a 1.3MP camera and other than the messaging feature and the keyboard, that’s all we know. T-Mobile will also get new Gravity 3 and Gravity T handsets. Both have 2MP cameras, the 3 gets a slide out QWERTY keyboard, and the T is a touchscreen device.