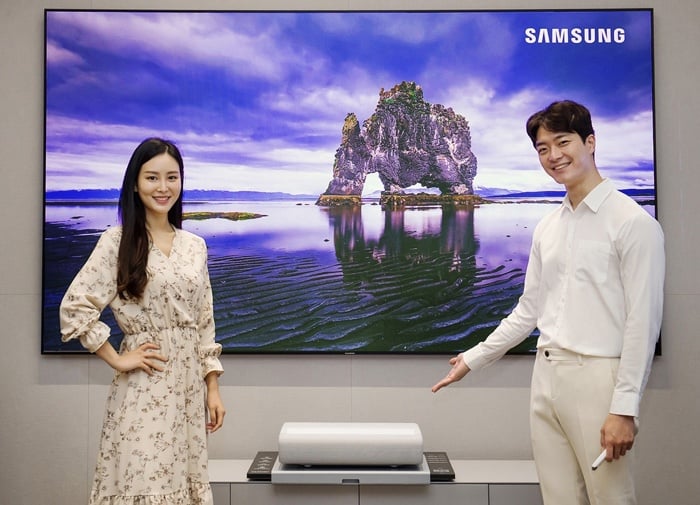 Samsung has launched its new The Premier 4K laser projector in South Korea and prices for the device start at KRW 4.49 million for the LSP7T which is about $3,860.

The Premier LSP9T is more expensive costing KRW 7.49 million which is about $6,430 at the current exchange rate.

The Premiere will be available up to 130- and 120-inch models – LSP9T and LSP7T respectively – that support a laser powered 4K picture resolution. The Premiere LSP9T is the world’s first HDR10+ certified projector with triple laser technology and delivers revolutionary contrast details as the user watches from bright to dark scenes with a peak brightness of up to 2,800 ANSI lumens. The Premiere also supports Filmmaker Mode for the first of its kind as a projector allowing users to enjoy watching movies as the directors intended. The smart projector comes equipped with Samsung’s Smart TV platform and experience full of streaming video apps from major content partners and mobile connectivity features such as Tap View and mobile mirroring.

Samsung also recently launched these new 4K laser projectors in the UK and they are expected in more countries soon.