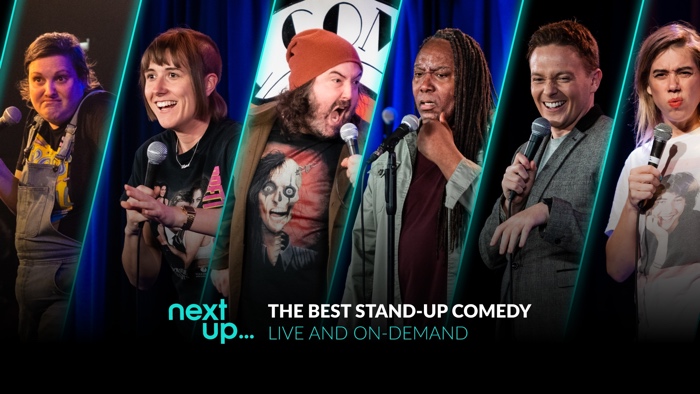 Samsung has announced that they have added comedy streaming service NextUp to their Smart Start TV content.

NextUp is joining Samsung’s Smart platform on Samsung Smart TVs, you can see more information below.

Curating the very best of the UK’s comedy scene, NextUp viewers can experience the magic of stand-up comedy with live streams direct from the UK’s best comedy venues including The Comedy Store and The Pleasance. Users can also watch on-demand hundreds of stand-up comedy specials, all completely ad-free.

Included within Samsung’s Smart Start proposition from today, viewers can discover exclusive sets from both famous acts and rising stars such as Ed Byrne, Miles Jupp and Maisie Adam – all without leaving their sofa.

With NextUp, Samsung demonstrates its commitment to giving customers the best start with their new Smart TV by enabling them to take their home entertainment setup to a whole new level. From delivering big screen blockbusters and drama, to heart-pumping music and fitness; the very best click-worthy content, and now rib-tickling comedy, Smart Start has at-home apps to cater for every mood, every need, and every taste.