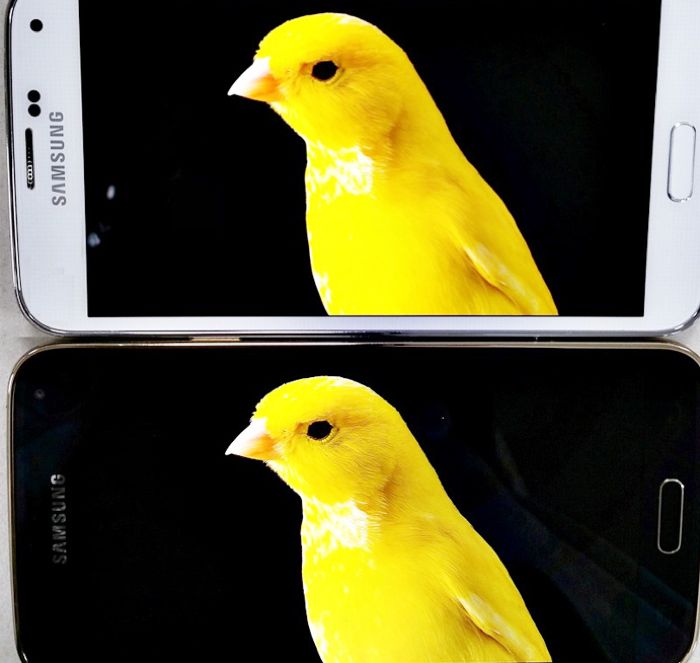 Someone at Samsung thought it would be a good idea to compare the two displays, but they obviously forgot that the only version of the S5 available to those of us who live outside of South Korea is the FHD model.

Samsung has said that the new Galaxy S5 with the QHD display is ‘187% clearer than the FHD’, so basically what they are saying is that this new model features a much better display than the current model that they are selling to everyone.

Samsung is basically saying that you should not be satisfied with a handset with an FHD display, and you should buy one with a QHD, we guess that someone at Samsung didn’t realize that the only model of the Galaxy S5 available to most of us is the FHD model.

There are rumors that Samsung will launch a QHD version of the Samsung Galaxy S5 outside of South Korea, the handset is said to be called the Samsung Galaxy F, and it is expected to launch at IFA in September along with the new Galaxy Note 4.