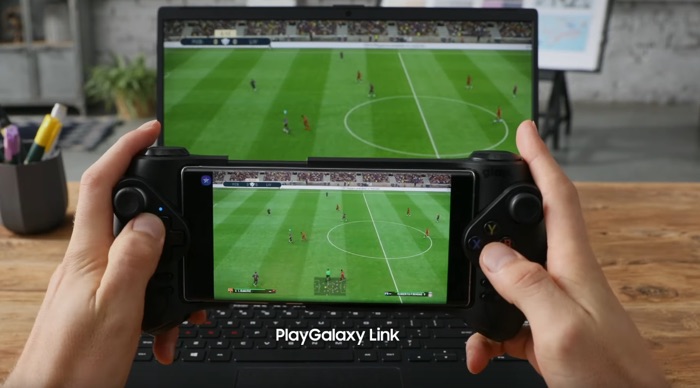 Samsung has announced that the Samsung PlayGalaxy Link will be launching in beta on more devices in December.

The devices will include  the Galaxy S9, Galaxy Note 9, Galaxy A90 and Galaxy Fold, this will let you play games with your device remotely from your PC.

When accuracy matters most, lag and latency will be less of a problem as PlayGalaxy Link is designed with a P2P connection which provides you with simplicity for better performance without a relay server. The service also uses Adaptive FPS to ensure better connectivity even in poor network environments. However, it should be noted that speeds are dependent on your network connection and reliability will vary depending on local network providers and regional stability. You will also find major improvements to the longevity of their gaming sessions and device performance.

The PlayGalaxy Link Beta has launched and is now available in South Korea, US, UK, Canada, Italy, the Netherlands, France, Singapore, and Russia. In addition to the Galaxy Note10, Galaxy S10 owners can now download the MR software update to access PlayGalaxy Link. The update will be coming to the Galaxy Fold, Galaxy S9, Galaxy Note9, and Galaxy A90 in early December 2019.

You can find out more details about the Samsung PlayGalaxy Link over at Samsung at the link below.