Samsung has announced that it has manufactured industry’s first 8Gb LPDDR4 mobile DRAM chip, which is faster, denser and more energy efficient than other products which are already available in the market.

The new 8Gb LPDDR3 is built on 20-nanometer (nm) class* process technology, and offers 1 gigabyte (GB) on a single die. Combining four of these chips could allow device makers to equip 4GB of RAM in their smartphones next year. 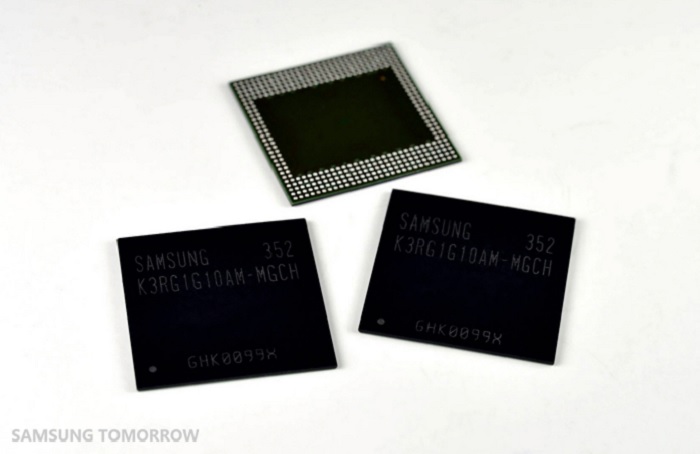 “This next-generation LPDDR4 DRAM will contribute significantly to faster growth of the global mobile DRAM market, which will soon comprise the largest share of the entire DRAM market. We will continue introducing the most advanced mobile DRAM one step ahead of the rest of the industry so that global OEMs can launch innovative mobile devices with exceptional user convenience in the timeliest manner,’ said Young-Hyun Jun, executive vice president, memory sales & marketing, Samsung Electronics.

The new chip will provide almost  50 percent improved performance compared to LPDDR3 and is 40 percent more efficient. The chip could be a part of the flagship devices which will launch next year with 2K displays, including the purported Samsung Galaxy S5, we’ve heard so much about in the past few weeks. The LPDDR4 chip can transmit data at 3.2Mbps per pin, which is twice as fast when compared with LPDDR3.

Samsung’s upcoming flagship device might come with this chip, and we’ve heard rumors that Samsung Galaxy S5 will come with 4GB of RAM. There’s no official word about the launch of the handset, but rumors suggest it will see the daylight at MWC 2014, along with a bunch of other products.