One of the biggest electronics show, CES 2014 is just a few days away. Many OEMs are expected to unveiled several exciting new products at the live stage in Vegas next week. CES will kick off on January 7th, and some pre-CES events will start a day or two before it begins.

Keeping that in mind, the Korean OEM Samsung teased its plans for the upcoming consumers electronics show, and what users can expect from the company. Well, the company hints at announcing some new wearable technology products at the event. 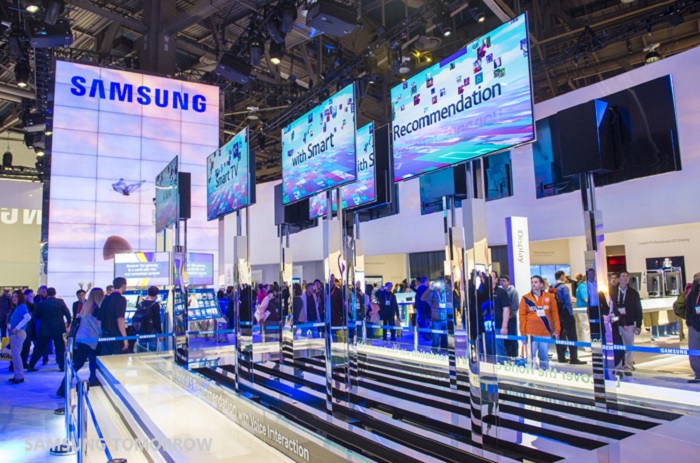 Although the company didn’t exactly mention what it could launch, but did say that the wearable device market is gaining popularity and customers can expect some “innovative products” to take the center stage at the event.

Three months ago at IFA 2013, Samsung’s latest wearable device, Galaxy Gear, was unveiled. Also, Samsung’s smart home, a home consisted of smart products that allow users to control with their smart phones via apps, was demonstrated as a concept in Berlin. The wearable device market is on the rise and the concept of ‘smart home’ has started to gain ground. Hence, at this CES, maybe we can expect some innovative products that we had imagined to use in the future.

Now, there are a lot of possibilities. It could be the sequel of the Galaxy Gear which we’ve heard quite a lot of times in the past few weeks. But, its been almost three months since Samsung unveiled Galaxy Gear, and releasing a sequel — despite of its drawbacks and lack of features — may not sound like a good idea, at least at the CES. We’ve heard that it might launch with the Samsung Galaxy S5 in February 2014 at the Mobile World Congress.

The other possibility is the Galaxy Band, a health-and-fitness tracking device that can track metrics such as calories burned, steps walked, etc.

Well, I’d suggest you should mark the dates for CES 2014 on your calendars and make sure you don’t have anything coming up. We’re excited to see what the Korean OEM is planning to unveil at the event, and will update you will all the happenings from the CES 2014.