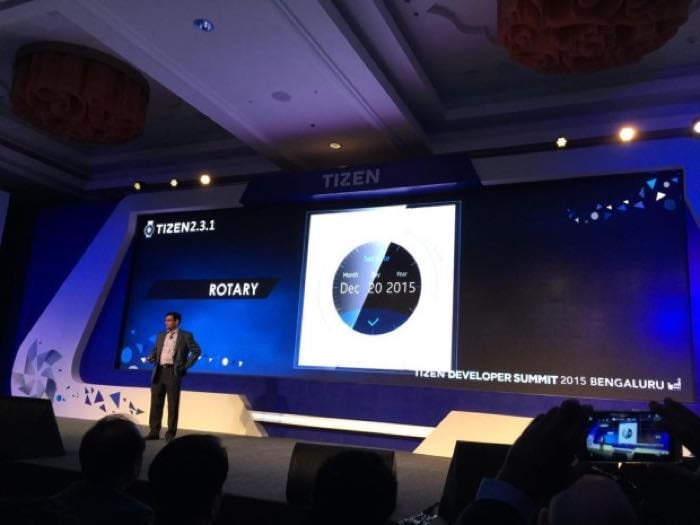 Samsung has revealed some details about its new Samsung Gear A smartwatch at its Tizen Developer summit today.

We previously heard that the new Samsung Gear A smartwatch would feature a circular display and now the company has confirmed that it will come with a rotating bezel ring.

The new Gear A smartwatch is rumored to come with a dual core Exynos 3472 processor and 768MB of RAM, the device will also come with 4GB of built in storage and a 250 mAh battery.

Other specifications on this new Samsung Gear A smartwatch include WiFi 802.11 b/g/n, Bluetooth 4.1 and a display with a resolution of 360 x 360 pixels.

Samsung are holding a press event for the Galaxy Note 5 and Galaxy S6 Edge Plus on the 13th of August and we could see this new Samsung smartwatch at the event.