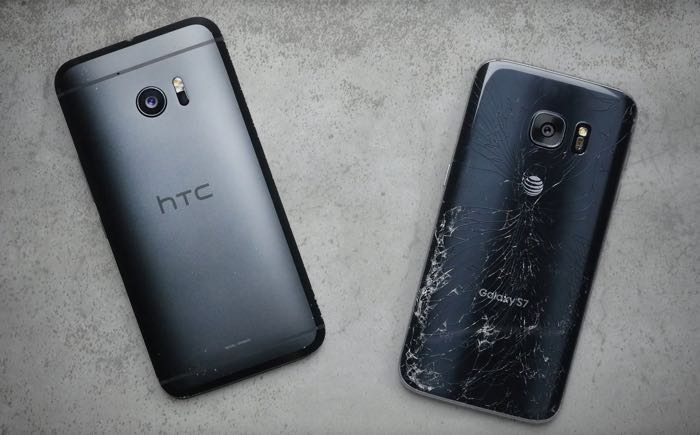 We have already seen a drop test video of the Samsung Galaxy S7 and now we have a new video which put the handset up against HTC’s flagship Android smartphone the HTC 10.

In the video below we get to see the two smartphones tested side by side under the exact same conditions, which one will be the more durable in the drop test?

As we can see from the video the HTC 10 appears to have done better in the drop tests than the Samsung Galaxy S7.

The HTC 10 seems to be quite a durable handset as it managed to be dropped on its face a total of 32 more times than the Galaxy S7 before it stopped working.