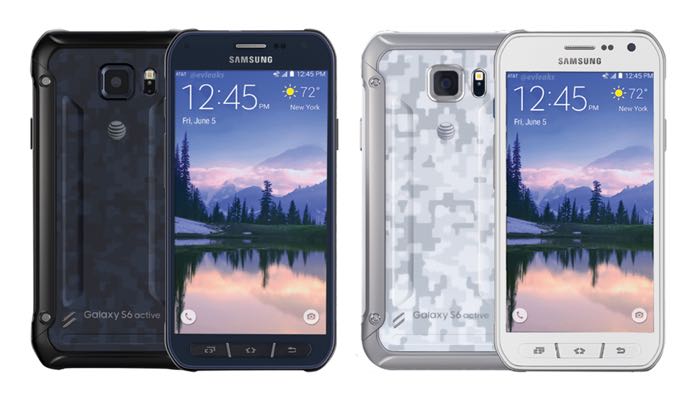 Yesterday we heard some more details about the new Samsung Galaxy S6 Active and now Evan Blass has posted some press renders of this new smartphone from Samsung.

The Samsung Galaxy S6 Active will come with extra protection on the handset casing over the standard model of the device, this makes the handset waterproof, dust proof and shock proof.

The specifications on the new Samsung Galaxy S6 Active are said to be similar to that of the S6, the device will come with a 5.1 inch display with a Quad HD resolution of 2560 x 1440 pixels.

Other rumored specifications on the new S6 Active include an octa core Samsung Exynos 7420 processor and 3GB of RAM, the handset is also expected to come with a range of storage options, there are no details as yet on whether this device will have a microSD card slot.

The handset will come with Android Lollipop and will feature Samsung’s TouchWiz UI, it is expected to launch in the US with mobile carrier AT&T shortly.