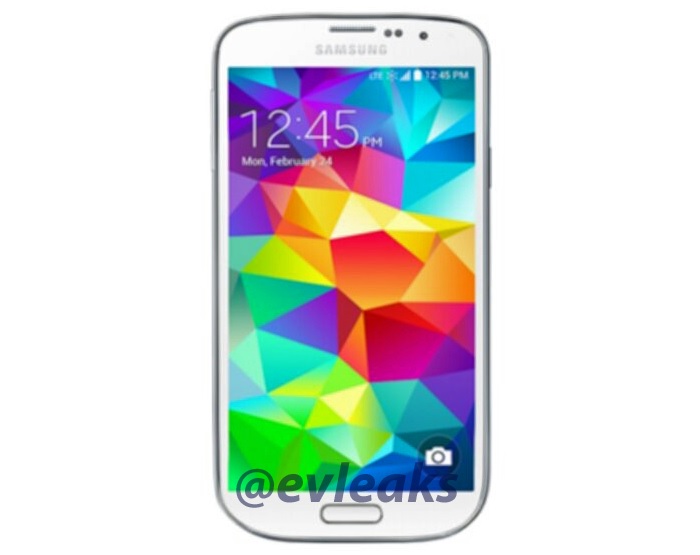 Yesterday, we found out that Samsung Galaxy S5 Mini will be known as Galaxy S5 Dx when it launches, and was even spotted on Samsung’s website as well.

Recently, the informed @evleaks tweeted out an image of the alleged Samsung Galaxy S5 DX, which looks quite similar to the Galaxy S5, but with a compact body.

The image is quite blurry, and there’s no way to check if its legit or not. It could be a Photoshop creation, considering the date on the handset is quite old. Usually, the dates on the press renders of the leaked devices points to the possible launch dates, but it’s not a word set in stone, so a little bit of salt is required. We do know one thing: Samsung Galaxy S5 Dx is expected to see the light of the day in the coming weeks, and we may get more information about the alleged handset in the coming days.

As for the specifications, rumors suggest it will come with a 4.5-inch display sporting a 720p resolution, a quad-core 1.6GHz Snapdragon 400 processor with 1.5GB of RAM, 16GB internal storage with a microSD card slot, 8MP rear camera for photos and videos, 1.5MP front-facing camera, a 2,100 mAh battery and should come with Android 4.4.2 out of the box.

There’s no official word from Samsung, but we’re hoping the device will see the light of the day in the coming weeks. Stay tuned.