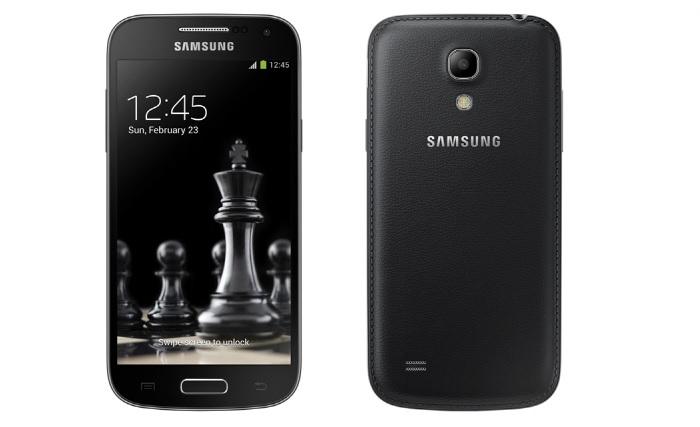 Earlier this year, Samsung released the Galaxy S4 Mini Black Edition in selected markets — just another variant for the Samsung Galaxy S4 Mini, but with a faux leather back.

The handset didn’t see a big launch, but was released in just specific markets. If you’re residing in Belgium, and rocks a Galaxy S4 Mini LTE Black Edition, you be glad to know that Android 4.4 KitKat is rolling out for the handset.

Proximus, a Belgian carrier, has started rolling out the Android 4.4 KitKat update for the handset, but there’s no word if it’s rolling out over-the-air yet or not. Although, you could get the update by connecting your device to Kies, and see if it’s available for your handset.

The features it introduces are the same as other Samsung devices, including improved messaging capabilities, wireless printing support, camera icon on the lock screen and much more.

It’s a little surprising to see that Samsung rolled out the update for the handset, which is not available in all global markets, instead of the standard version which is available in almost all major smartphone markets. This will also disappoint many Galaxy S4 Mini users, since they have to wait for another few months before they can get the taste of the latest update.

Rumors suggest it will get the update by the end of this month, but keep in mind that even if it starts rolling out this month, it’s going to take a few weeks for the update to reach all regions, so the wait is a lengthy one. We’re hoping Samsung wouldn’t delay the update for the standard version of Galaxy S4 Mini, and release it as soon as they can.

Until then, if you’re in possession of the Galaxy S4 Black Edition, you should connect your device to Kies and see if the update is available.