According to Samsung the Samsung Galaxy S4 LTE-A is the worlds first LTE Advanced smartphone, and as we reported previously it comes with the new Qualcomm Snapdragon 800 quad core processor with a clock speed of 2.3 GHz. 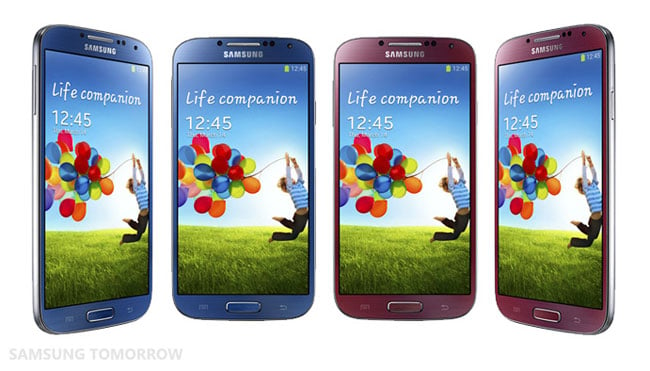 The Samsung Galaxy S4 LTE-A also features 2GB of RAM and 32GB of built in storage, there is also a microSD card slot which can take up to 64GB cards.

The handset features a 5 inch full HD Super AMOLED display with a resolution of 1920 x 1080 pixels at 441 PPI, this is the same display that is found in the original S4. 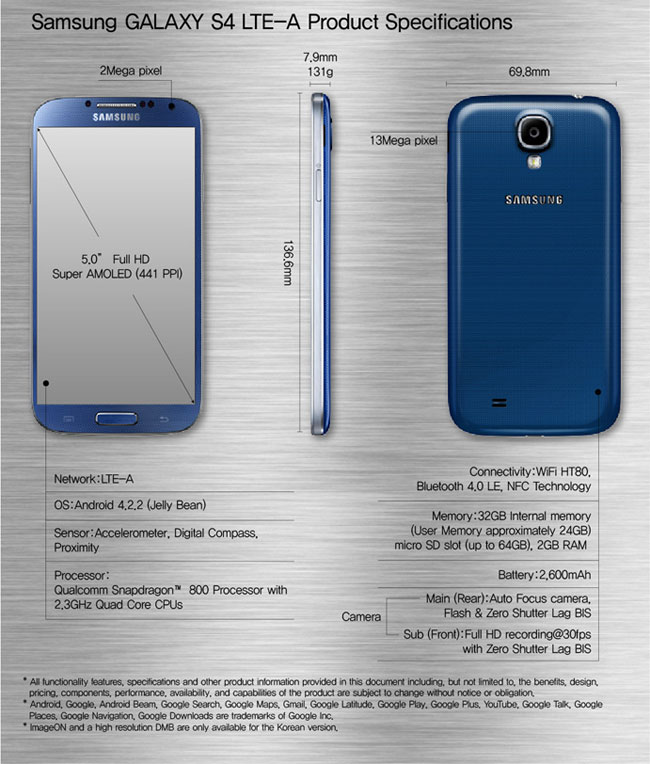 Other specifications on the S4 LTE Advanced include WiFi HT800, Bluetooth 4.0 LE and NFC, the device also comes with a 2,600 mAh battery and front and rear facing cameras.

Samsung have said that the Samsung GALAXY S4 LTE-A will launch this summer in South Korea in two colors, blue and red, they have not given any information on when the device will be available in other countries.