Earlier this year, we heard a rumor that Samsung is working on a new version of Samsung Galaxy S4 Active with LTE-A and a powerful quad-core Snapdragon 800 chipset for Korea. The updated Galaxy S4 Active was spotted in SK-Telecom’s smartphone line-up in Korea. 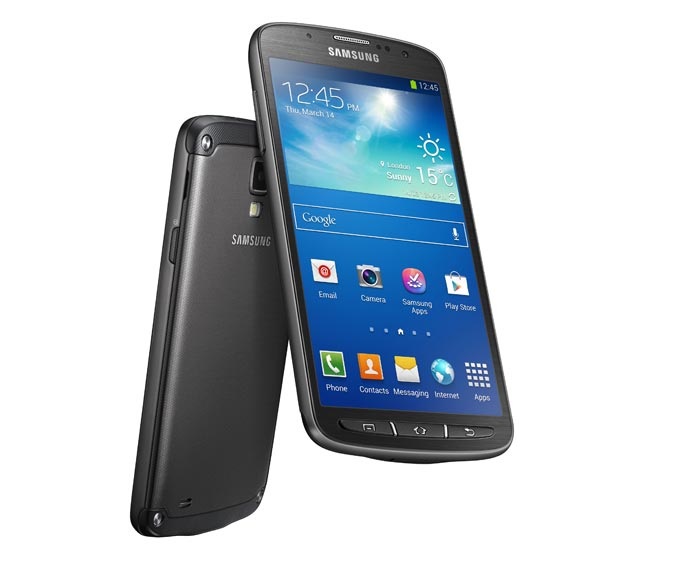 The most eye-catching feature for this version is the quad-core Snapdragon 800 chipset clocked at 2.3GHz with Adreno 330 GPU and ultra-fast LTE-A network support (up to 150mbps). Secondly, the new version is expected to come with a 13MP camera compared to the 8MP one in the original Galaxy S4 Active. 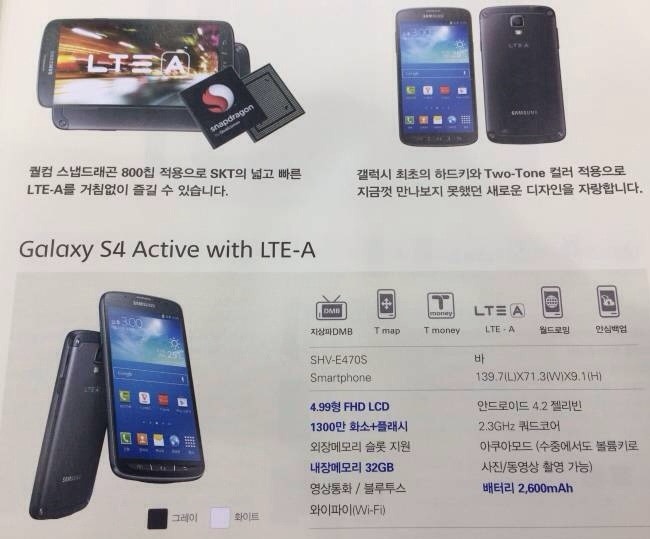 Rest of the specifications are the same as the original handset, packing a 5-inch display with a resolution of 1920 x 1080 pixels, 2GB of RAM, 16GB internal storage with a microSD card support of up to 64GB, 2MP front-facing camera for video calls, 2,600 mAh battery and runs Android 4.2.2 Jelly Bean out of the box. The new Samsung Galaxy S4 Active is also IP67 certified, which means that the handset is dust and water-resistant.

There’s no word about the availability of the handset in global markets, and it’s not something every Samsung fan should crave as there’s already a word that Samsung is working on the successor of Galaxy S4, which is expected to launch by the end of the end of Q1 next year, possibly at MWC 2014.

We’ll update you once we have more information.