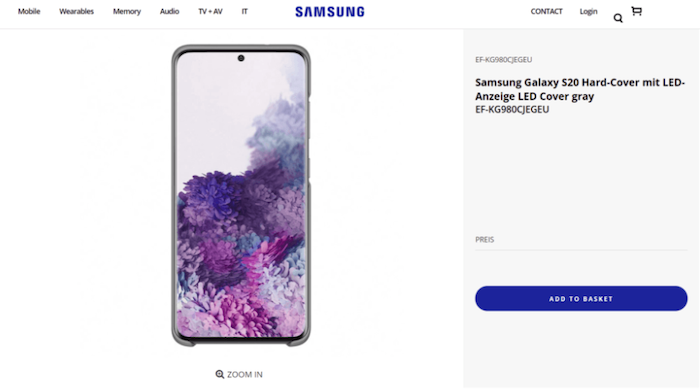 The Samsung Galaxy S20 is coming next week, we are expecting three handsets, the S20, S20+ and S20 Ultra and now the handset has appeared on Samsung’s website.

The handset was listed on Samsung’s website along with a new case for the device from Samsung, it has now been removed but it can be seen in the photos below and above. 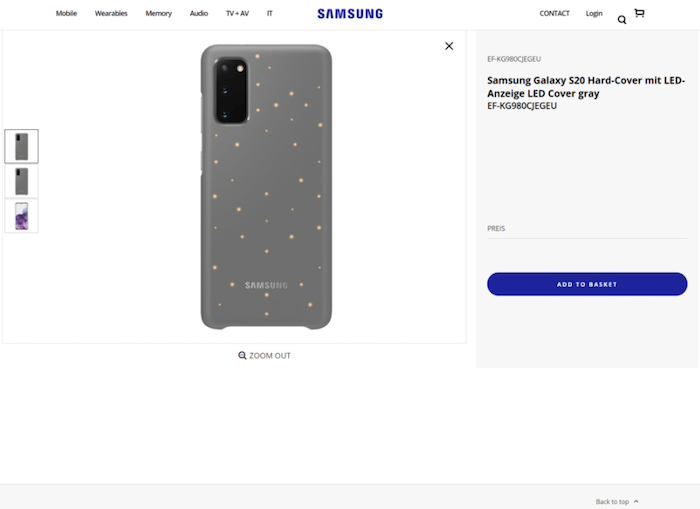 Samsung will be making their new Galaxy S20 range of smartphones official next week and the handsets will come with a range of high end specifications.

This will include the new Qualcomm Snapdragon 865 processor and the new Samsung Exynos processor, plus a 108 megapixel camera for the top model.

The Samsung Unpacked event takes place next Tuesday the 11th of February and Samsung will be live streaming the event.