The guys over at TechnoBuffalo have obtained some information on Samsung’s 2013 roadmap, and device details in the roadmap include the Galaxy Note 8.0, Galaxy X Cover 2 and more. 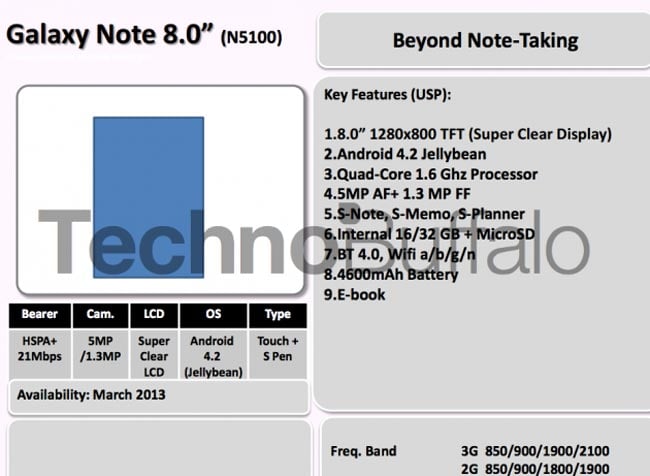 As we mentioned yesterday the Samsung Galaxy Note 8.0 comes with an 8 inch display and features Android 4.2 Jelly Bean and it looks like it will come with a quad core 1.6GHz processor and will launch around March.

The Samsung Galaxy X Cover 2 will come with a 1GHz dual core processor, Android 4.1 Jelly Bean and a 4 inch WVGA display, this handset is expected to launch in February. 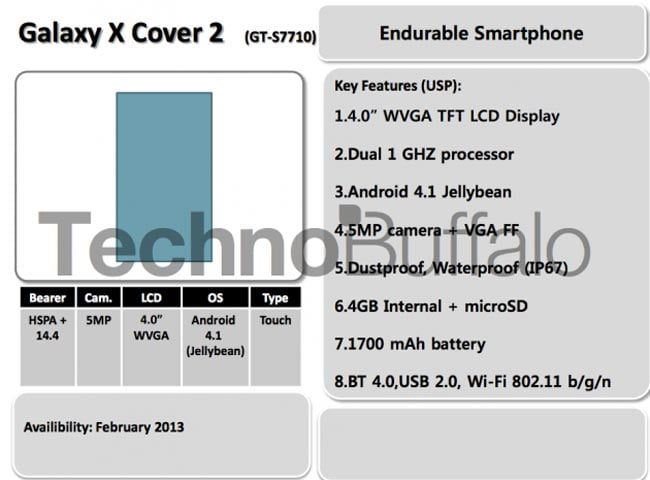 Next we have the Samsung Galaxy Young, which is slated for an April release and will come with a 3 inch WVGA display, a 1GHz processor and Android 4.1 Jelly Bean. 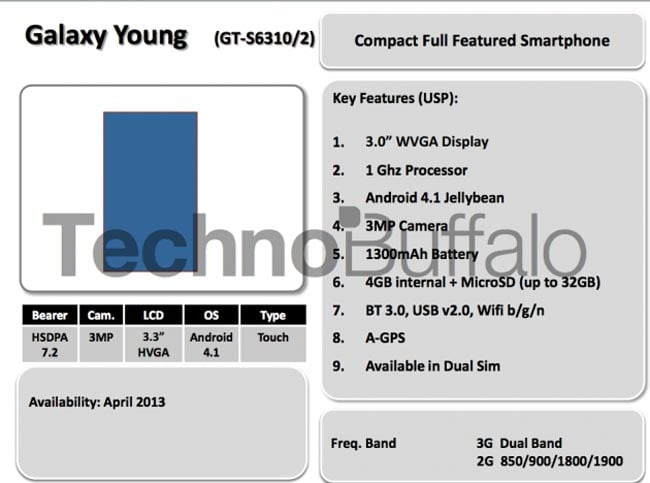 Finally there is the Samsung Galaxy Pocket Plus, which will feature a 2.8 inch HVGA display, an 850MHz processor, a 2 megapixel camera and Android 4.1 Jelly Bean, this handset is expected to arrive in February. 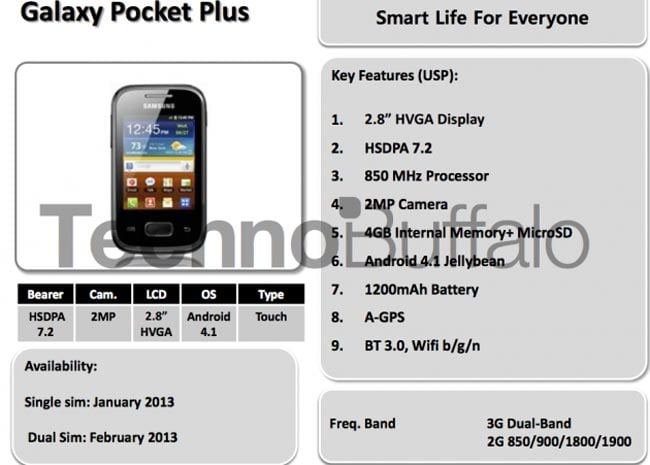 We should have some more information on all of these new Samsung Galaxy devices at Mobile Wold Congress next month.