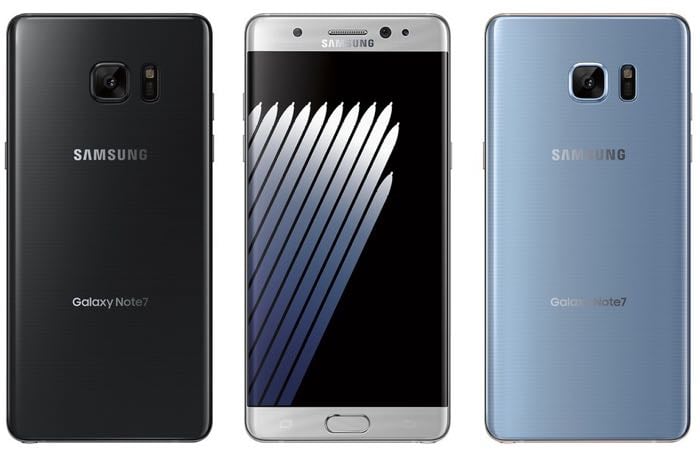 We had previously heard the the new Samsung Galaxy Note 7 would come with 6GB of RAM, although the handset has now been spotted on the Antutu benchmarks with 4GB of RAM.

A Galaxy Note 7 with the model number SM-N930V recently got benchmarked in AnTuTu, the handset was listed with a Qualcomm Snapdragon 820 processor, previous rumors had suggested a Snapdragon 823 would be powering the device.

Other specifications listed on AnTuTu include a Quad HD resolution of 2560 x 1440 pixels, the handset is expected to come with a 5.7 inch display.

The new Samsung Galaxy Note 7 is also listed with a 5 megapixel front camera for Selfies and a 13 megapixel rear camera for photos and video. The device is listed with 64GB of storage and Android 6.0.1. 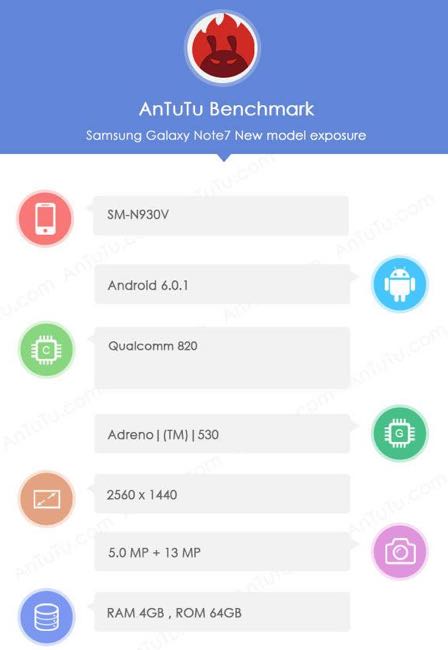 We have also heard previously that the handset will come with an Iris scanner for improved security. Samsung are rumored to be announcing their new Note 7 at a press event on the second of August and the handset is expected to go on sale next month.