It looks like we may have another photo of a Samsung Galaxy Note 3 developer unit, which you can see below, although the design of the handset is expected to be different than the one in the photo below.

The Samsung Galaxy Note 3 will be made official at Samsung’s IFA press event on the 4th of September, along with the new Samsung Galaxy Gear smart watch. 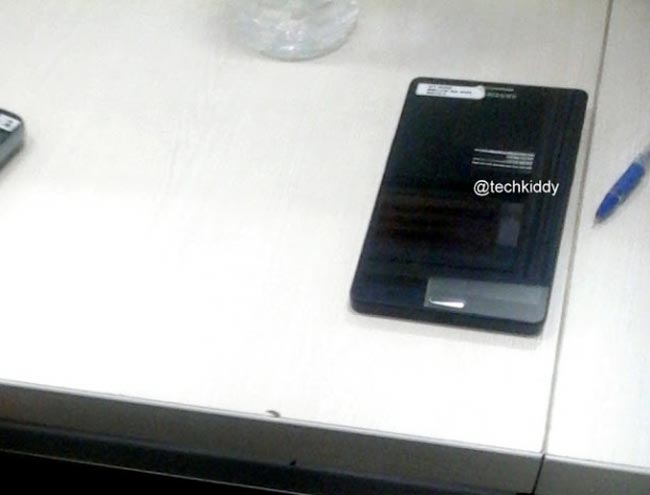 The Samsung Galaxy Note 3 is rumored to feature a 5.68 inch Super AMOLED full HD display with a resolution of 1920 x 1080 pixels, the handset will come with a quad core Qualcomm Snapdragon 800 processor.

Other rumored specifications on the Samsung Galaxy Note 3 include 3GB of RAM and a choice of either 32GB or 64GB of built in storage, the handset will also feature a microSD card slot.

The Samsung Galaxy Note 3 will come with a 13 megapixel camera with optical image stabilization and a range of other advanced features, plus Samsung’s eye tracking technology in the form of smart pause and smart scroll.

We told you at the start of last month that the Samsung Galaxy Note 3 would go on sale in September, on the weekend details appeared online which are hinting at a release date for the device of the 16th of September.